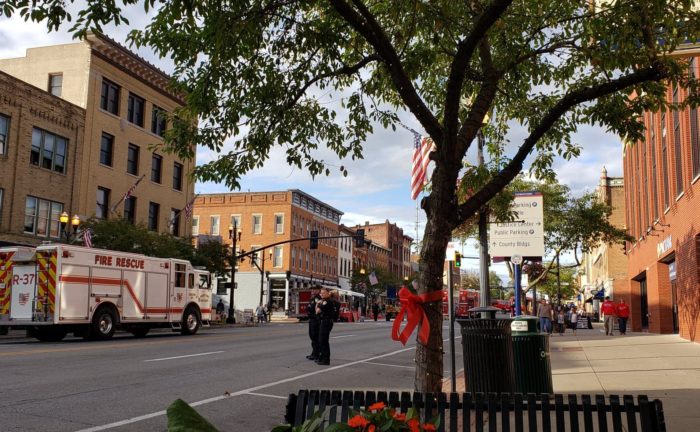 As we reported several days ago, the American Planning Association(APA) has named Historic Downtown Delaware as one of four Great Neighborhoods on APA’s annual Great Places in America list, which starts the countdown to National Community Planning Month in October.

APA’s Great Places in America program recognizes the streets, neighborhoods and public spaces in the United States demonstrating exceptional character, quality and planning—attributes that enrich communities, facilitate economic growth, and inspire others around the country. The Great Neighborhoods, Great Streets and Great Public Spaces of 2019 are places that are unique and exemplary in their success stories of revitalization, cultural identity, and strong community connection.

Downtown Delaware was one of many American downtowns that struggled to compete with the rise of mega malls and big box stores in the late 20thcentury.Over the last several decades, Downtown Delaware has led revitalization efforts to transform  vacant space into a booming, multi-use hotspot for local businesses and events. The downtown currently has over 310,000 square feet of commercial space, about 200,000 square feet of which is retail use. Other uses of the downtown space include offices, restaurants, breweries, art venues, senior housing, and the main branch of the city’s library. Through community-driven planning events and activities, Downtown Delaware has united its residents and stakeholders in a shared long-term vision to preserve the core of this neighborhood and build upon it for the future needs and desires of the community.

The community will come together this Thursday to celebrate Historic Downtown Delaware’s designation as a Great Neighborhood in America at the downtown patio at William and Sandusky streets. A short program beginning at noon will be followed by a downtown walking tour led by city staff and elected leaders.