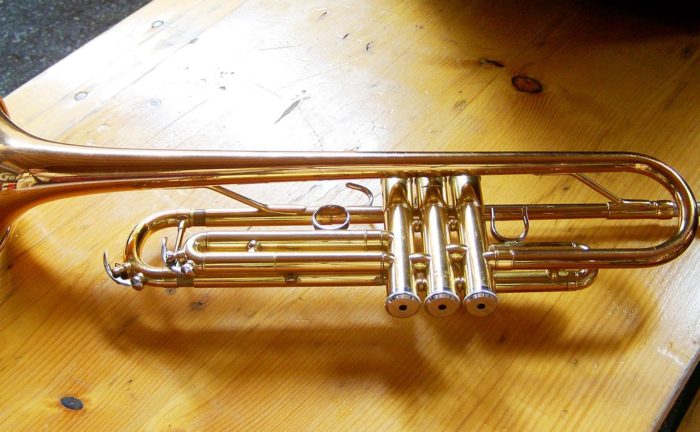 World renowned musician Pacho Flores, considered by many to be the greatest trumpet player today, and a performance of Ellis Island: The Dream of America by Peter Boyer, will close out the Central Ohio Symphony’s 43rd season, presented through the PNC Arts Alive initiative.

Music Director Jaime Morales-Matos and the musicians of the Central Ohio Symphony will take the stage on May 21 at 7:30 p.m. in Gray Chapel Auditorium, located on the Ohio Wesleyan University campus.

This concert was originally scheduled for 2020 but was postponed because of the pandemic. Those tickets are still valid. Symphony Executive Director Warren W. Hyer said that seat assignments might have changed so ticketholders should call the office to check their proper seats.

“At PNC, we recognize the importance of the arts in fueling the local economy and contributing to the quality of life for which our region is known,” said Mary Auch, PNC regional president for Columbus. “As a National Main Street bank, we are committed to supporting the local arts landscape and facilitating access to it. My colleagues and I look forward to the Central Ohio Symphony’s performance, connecting with the community and celebrating the season’s grand finale.”

“I cannot express enough what this means to have this support,” Hyer said. “We are grateful that PNC Arts Alive extended the grant to this season so we could bring our community this performance.”

Hyer said four very different musical styles will be part of the May concert.

Brian Raphael Nabors’ short piece Iubilo will open the concert as part of the Symphony’s “Play It Again” project of new composer’s music. After Iubilo, soloist Pacho Flores will take the stage.

“Pacho Flores is considered to be the finest trumpeter in the world,” he explained. “He will be playing the Neruda Trumpet Concerto from the 1700s and Concerto for Trumpet, which was written solely for him by composer Arturo Márquez. The audience should be prepared for a stunning performance.”

Also featured on the program is Ellis Island: The Dream of America by Peter Boyer; this will be the second time the orchestra has played this dramatic piece for orchestra and actors.

“We performed this work in 2013,” said Hyer, adding that 2013 performance was the Ohio premiere of the piece. Ellis Island includes actors performing readings from the Ellis Island Oral History Project as well as slide projections from Ellis Island’s archives. Ellis Island, 20 years old this month, continues to be one of the most performed works in the United States in the 21st century.

As with all concerts this season, the Symphony will offer free shuttle service from the parking lots on S. Henry Street at Selby Stadium to the rear lower door of Gray Chapel. The shuttle service, which is being funded by a grant from SourcePoint, will begin one hour before the performance and end one hour after.

“This is a way for our audience, especially those with more mobility issues, to arrive safely and easily and avoid extensive construction areas near Gray Chapel,” said Hyer.

The Symphony will continue to put the safety of its audience and musicians first. Masks are required of all concertgoers, including children over the age of three, and must be worn at all times in the building.

Tickets for this concert may be purchased at the Symphony Source, located at 24 E. Winter Street in downtown Delaware or online at www.centralohiosymphony.org, or at the box office the day of the concert. Ticket prices are $29 for adults, $24 for seniors and $6 for students of all ages.