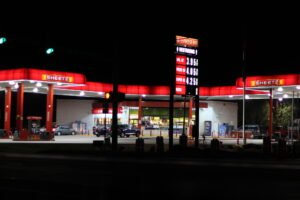 Two development projects will be considered by the Liberty Township Zoning Commission at their upcoming January 20 meeting.

The first concerns the proposed construction of a new Huntington Bank facility on 1.585 acres at 4072 West Powell Road, which would replace existing structures. This in turn would require an amendment to the Big Bear Farms Development Plan.

The second proposal is for Final Development Plan approval for a 3.558 acres site in Seldom Seen Acres. END_OF_DOCUMENT_TOKEN_TO_BE_REPLACED 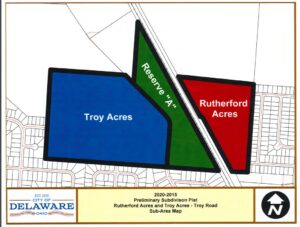 At its Wednesday night meeting, the City of Delaware Planning Commission approved a Preliminary Subdivision Plat application which would, if the proposal receives all required approvals, result in 252 new single family building lots being added to the City in the general area of Troy Road and Smith Park.

The application was reviewed first by Zoning Administrator Lance Schultz, who began with a short overview of the genesis of the project and its setting.

The two proposed developments sit on a portion of over 200 acres purchased in 2015, and on either side of the rail line that runs adjacent to Smith Park. The two were submitted as one subdivision for platting consideration. END_OF_DOCUMENT_TOKEN_TO_BE_REPLACED 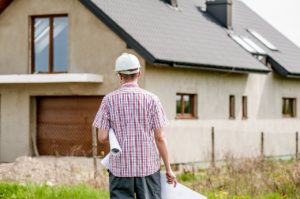 A Special Meeting of the Liberty Township Planning Commission will take place on Wednesday, July 24 to consider amendments to the Township’s Zoning Resolution.

After review by the Commission, the proposed amendments will be set to the Liberty Township Board of Trustees for their review and decision. END_OF_DOCUMENT_TOKEN_TO_BE_REPLACED