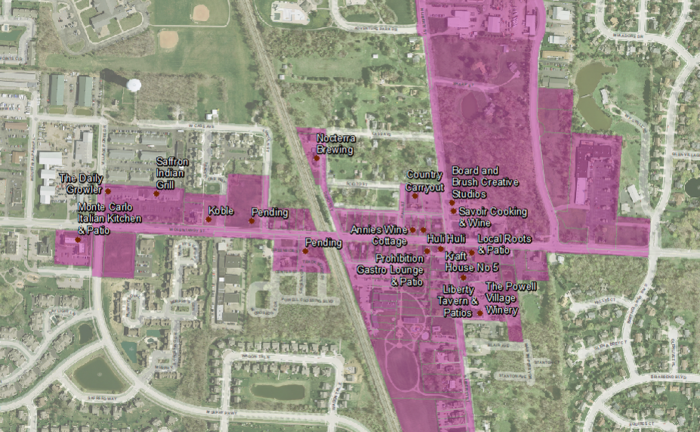 The DORA allows licensed liquor establishments in the designated area to sell alcohol at special times that can be carried out of their establishments in specially marked cups. Powell’s DORA boundary is approximately 136 acres and includes an area running north/southfrom Ill Mannered Brewing Co. on Grace Drive to the southernmost part of Village Green Park, and east/west from Beech Ridge Drive to Monte Carlo.

The City’s Development Committee met with business owners within the DORA boundaries several times over the past six months,” said City Manager Steve Lutz. “This was critical in gathering feedback and spurring discussion about how this might be implemented in Powell. The committee and staff will begin focusing on the implementation process of the DORA now that it has been approved by City Council.”

Ohio Revised Code 4301.82 allows municipal corporations or townships with a population of 35,000 or less to create one outdoor refreshment area if the proposed area will include at least four qualified liquor permit holders and is composed of 150 or fewer contiguous acres.

While a DORA is in effect, patrons can purchase a drink at an authorized location and walk around inside the DORA boundaries and take a purchased drink into a non-liquor serving establishment if the owner allows it.

“We believe the DORA will be a tool to spur economic development and create a more vibrant downtown Powell,” said Lutz.